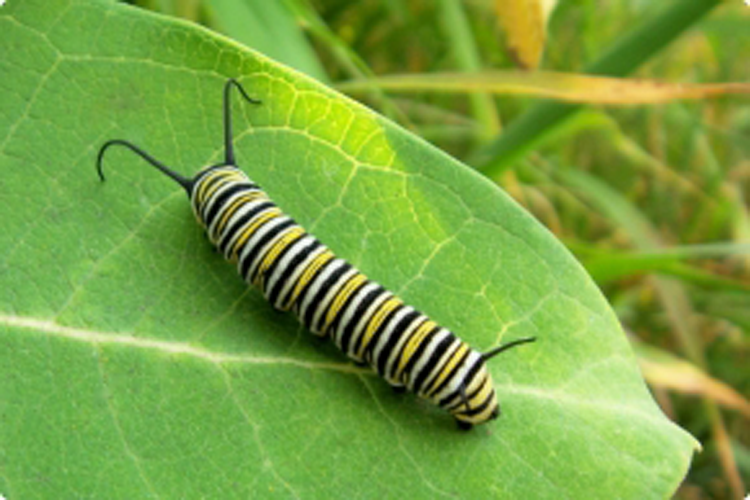 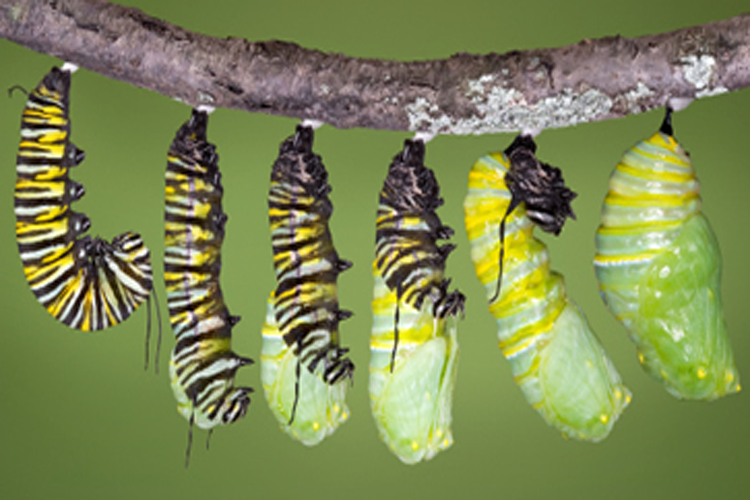 Monarch females usually lay a single egg on a milkweed plant, often on the bottom of a leaf near the top of the plant. Eggs are only about the size of a pinhead or pencil tip and are off-white or yellow, characterized by longitudinal ridges that run from the tip to the base. The eggs hatch about four days after they are laid.

As females lay their eggs, they secrete a small amount of glue to attach the eggs directly to the plant. Female monarch butterflies lay an average of about 700 eggs over two to five weeks of egg laying, with a record in captivity of 1179!

Each egg is formed inside the female prior to fertilization, including the hard outer shell, called the chorion, which protects the developing larva inside. The shell is lined with a layer of wax, which helps keep the egg from drying out. The eggs have tiny funnel-shaped openings at one end, called micropyles. These holes penetrate all the way through the shell allowing sperm to enter, since eggs form their hard shell prior to fertilization. The raised areas on the egg shell are called ridges, they are also formed before the egg is laid. The dark head of the developing caterpillar can be seen near the top of the egg prior to emergence.

Monarchs remain in the egg stage of their life-cycle for 3-8 days, depending on the temperature.