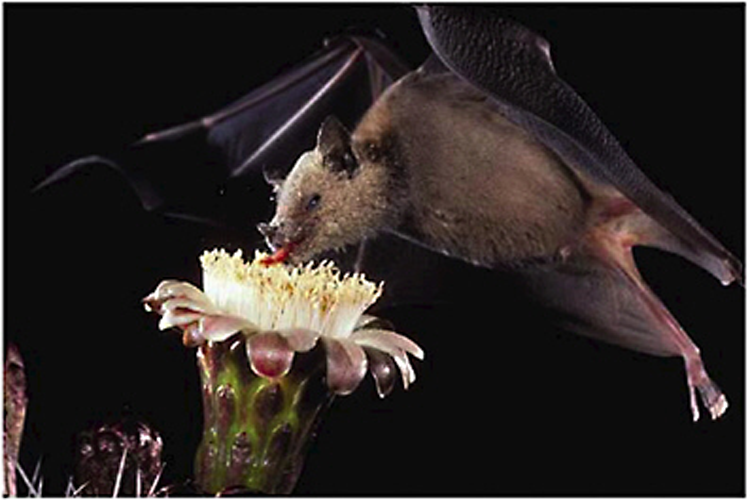 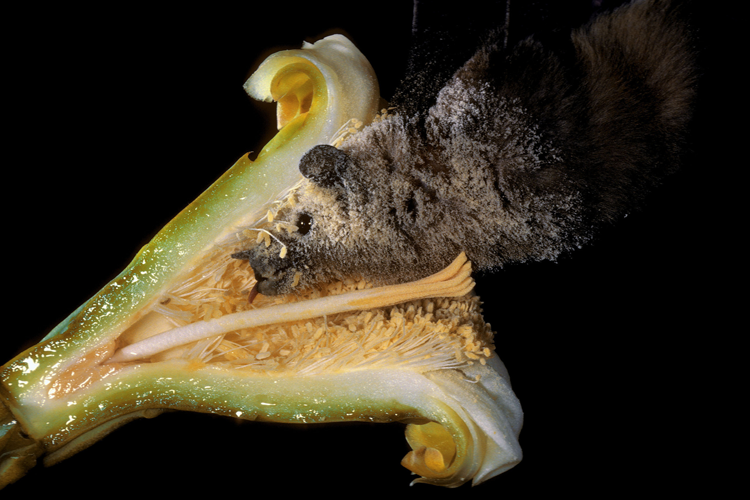 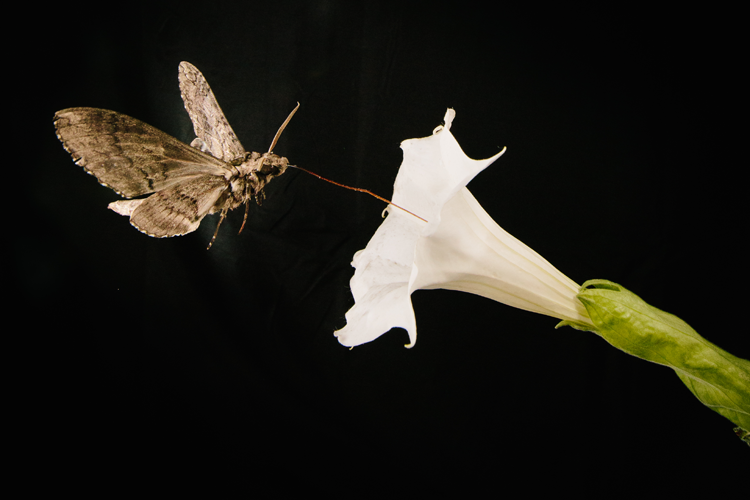 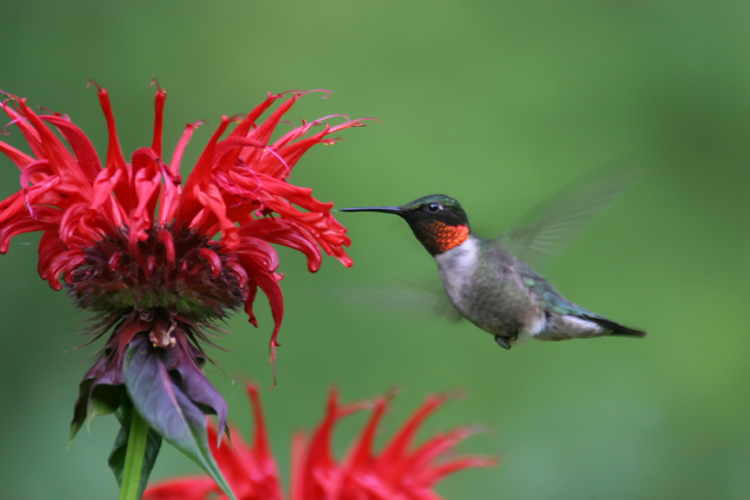 After dark, bats, as well as moths, take over the pollinating night shift. The pollination of plants by bats is called chiropterophily. Plants pollinated by bats often have pale nocturnal flowers (in contrast, bees are mostly attracted to bright, daytime flowers). These flowers are often large and bell shaped, and some bats have evolved specifically to reach the nectar at the bottom of them.

While some of the flowers that attract bats can be quite beautiful, you probably wouldn't want to receive a bouquet of them. To attract these flying mammals flowering plants have evolved a musty or rotten perfume. The smell is created by sulphur-containing compounds, which are uncommon in most floral aromas but have been found in the flowers of many plant species that specialize in bat pollination.

Could you imagine having a tongue that is 9 feet long? That is what it is like for the rare Tube-lipped Nectar Bat, a nectar-feeding bat from South America, which has the longest tongue (proportionally) of all mammals. The Tube-lipped Nectar Bat is only the size of a mouse, but its tongue is around 8.5 centimeters long, making it up to 150% of its body length! With such a long tongue it couldn't possibly keep all of it in its mouth. Instead, the Tube-lipped Nectar Bat keeps the tongue in its chest, in a cavity between the heart and sternum.

When pollination is carried out by birds, the term used is Ornithophily. Hummingbirds, spiderhunters, sunbirds, honeycreepers and honeyeaters are the most common pollinator bird species. Plants that make use of pollination by birds commonly have bright red, orange or yellow flowers and very little scent. This is because birds have a keen sense of sight for color, but generally little or no sense of smell. Bird pollinated flowers produce copious amounts of nectar to attract and feed the birds that are performing the pollination, as well as having pollen that is usually large and sticky to cling to the feathers of the bird.